I am totally exhausted just now. The last 30 hours have been non-stop tension, fear and worry.

After getting everything tied down last night, I went to bed around 11, with the wind gusting around 70/80mph. I slept until 1.47am, when the wind woke me. This was the last sleep I would get until 5am, when I slept for a couple of hours.

The power went off around midnight and is still off now. I was up and around the house numerous times during the night and I was so so worried that the hen house would be damaged. As well as the obvious impact it would have on the hens, it would be financially disastrous for me – my eggs are literally in that one basket! (It is insured, but that’s not the point!)

In the middle of the night, this was the sight that greeted me from the back door – the ‘skin’ on the roof of the portacabin torn to shreds.

After checking the roof was intact, the hen house was next stop. Fortunately it survived the storm, although there are possibly some issues with the doors, which will be inspected properly after the weekend – as long as it survives tonight and tomorrow. I found one hen dead outside, she must have left it too late to head back inside last night.

I had some damage on the roof of my house, slates missing and flashing torn, but not too bad.

The sheep I had moved to the front of my house had a lucky escape, with sheets of metal gouging out chunks of earth right between them

The lambs didn’t fare so well though, 2 dead with another apparently in shock. It’s inside and doing a lot better now. 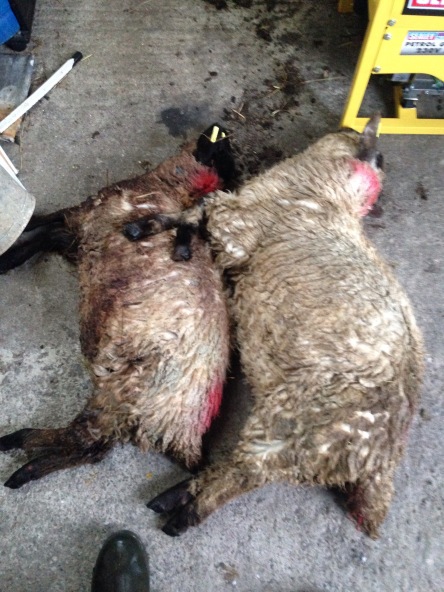 After moving the lambs to a more sheltered field, I saw the carnage that had been left – and that was only in 2 of the 15 villages in Ness. 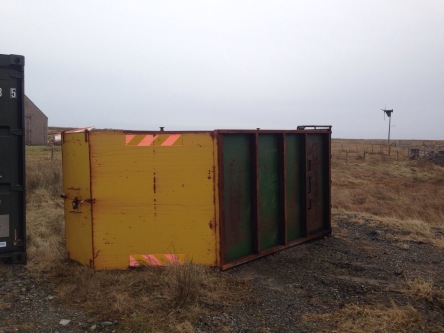 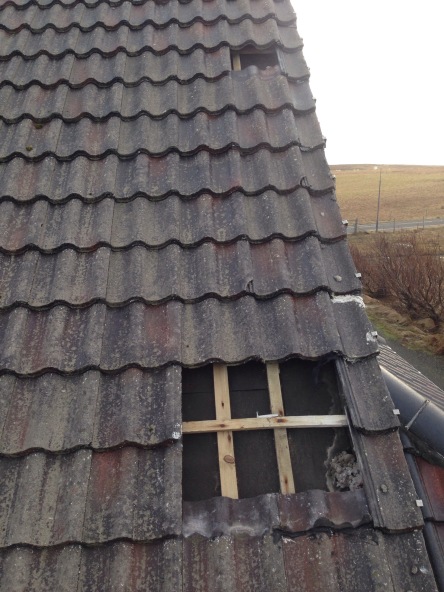 Shipping containers and skips blown over, houses stripped of slates and thousands of pounds worth of damage to the church.

In my own village, this boat was flipped – despite being anchored down with blocks and tied to two fence posts, which were ripped out of the ground. It usually takes 6 of us to lift that boat! 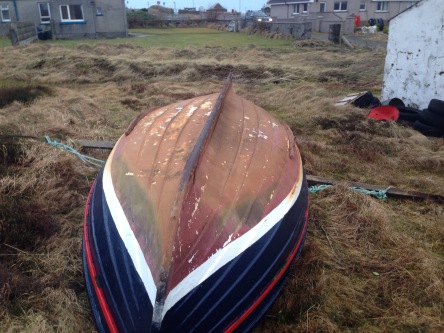 I’m in now and totally exhausted. I’ve been worrying and tense since 3pm yesterday and felt a wave of relief when I sat down at 6pm tonight. I just hope that everything makes it through the night ok.