I now have a ‘teaser’ ram. One of my friends told me about his a few years ago, but I didn’t pay much attention to teasers, until I saw the affect it had on my neighbour’s lambing last year; numerous sheep lambing each day, while I was having a max of 2/3.

Anyway, the process is quite simple. A ram is given a vasectomy and this does strange things to the sheep! The teaser is put in with the ewes 10 days before the ‘intact’ rams. This brings the ewes into season and also synchronises their systems, meaning your lambing period is much tighter. This year I was up at 5am 39 times in 42 days. I was exhausted. Hopefully next year won’t be anywhere near 42 days!

The process with the ram was quite simple.

I have this ram lamb from last year. Wasn’t sure what to do with him, as he is related to too many of my sheep, so this was an easy decision. 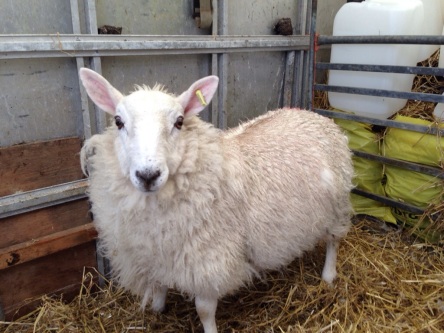 I made the appointment when Bud was over for his own ‘sensitive’ operation. The vet wanted it booked as soon as possible, to avoid fly strike. Suits me, so we got it done the following week.

I had to sit an hold the ram, while the vet did his thing. The animal is given a sedative, the area is given a local anaesthetic and then cleaned.

The job takes around an hour and I’ve been told it’s similar to the process on humans. Tubes from the testes are snipped and a length removed, to ensure it doesn’t grow back and repair itself. 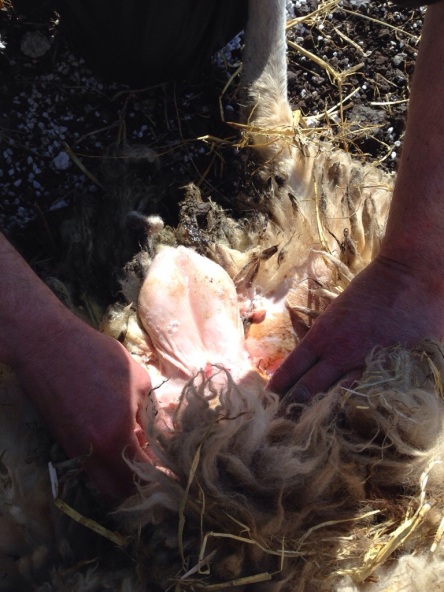 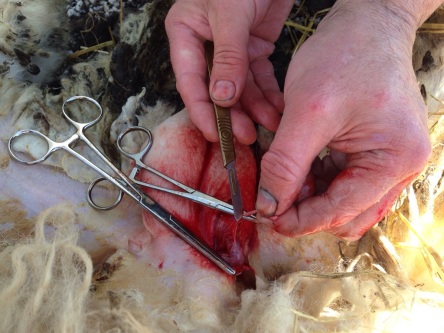 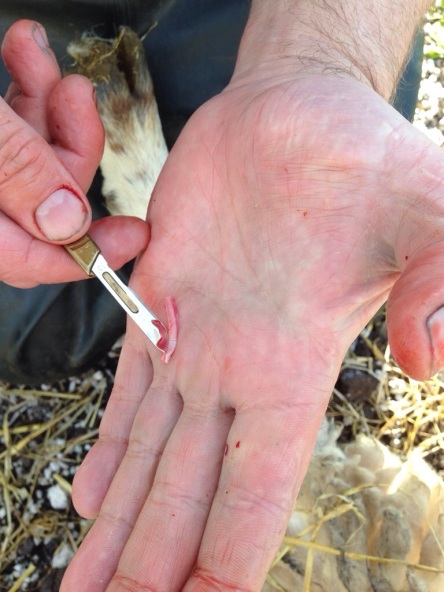 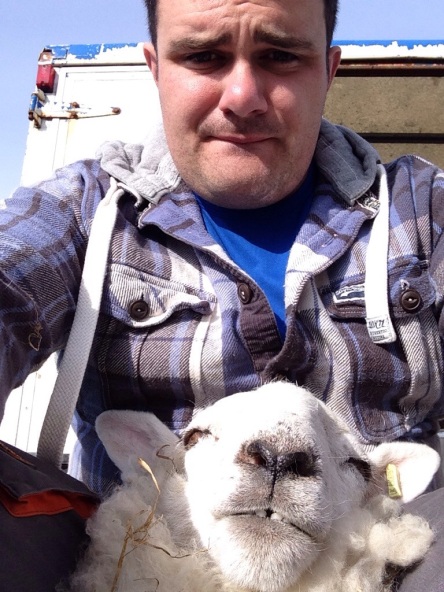 Quick and painless for the animal. It will actually mean he will have a nice long life here now, given that I won’t have to move him on. Fingers crossed this all works now!