This morning was stressful. I’d been informed that I had been chosen for a ‘count’ of my sheep. Basically an audit of my animals and my records. The animals weren’t an issue, but the records were! I was up and at ’em and out at the sheep at 7am today, getting everything ready for 9.30.

Of course things don’t go to plan when you’re under pressure! A couple of sheep broke away and ended up behind someone’s house, with one of them facing-off with Bud on top of a peat-stack! 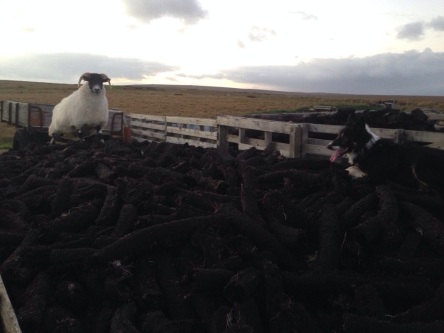 didn’t take long to get them all penned and then we sat down to go through the records. It took around 2.5 hours in total, most of it at the kitchen table, and around 30 mins checking all the tags in the sheep.

It took a while to go through them all, right back to when electronic tagging began in 2010. Let’s just say I know have a MUCH better idea of what I should be recording. I’m just glad to get through it without too much hassle.

Seeing as I had all the sheep in the fank, I decided to do some work. 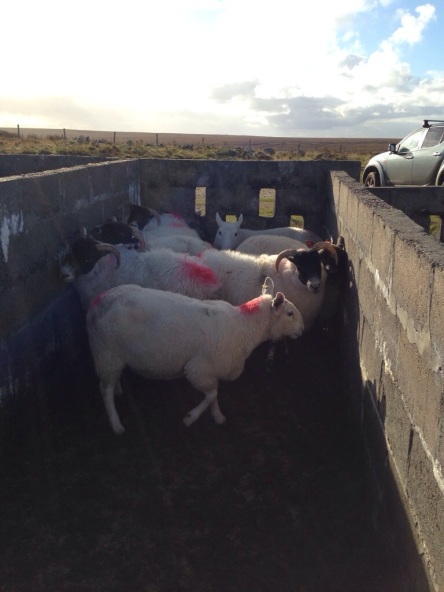 I am using 2 rams this year, on nearly 50 ewes, so I split up the ewes, depending on which ram they were going to. They’re all back on the croft now, ready for the rams to be let loose. 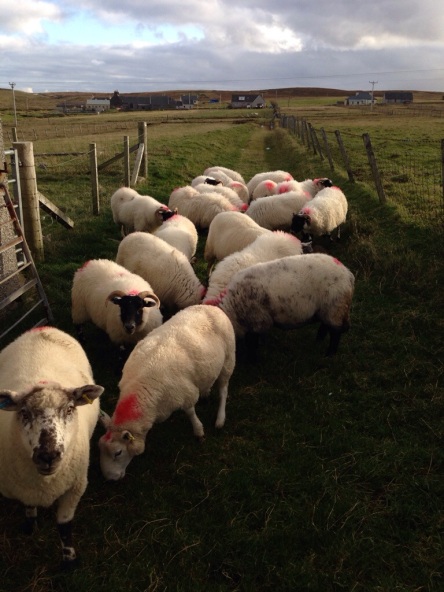 The sheep are waiting and the rams are keen! 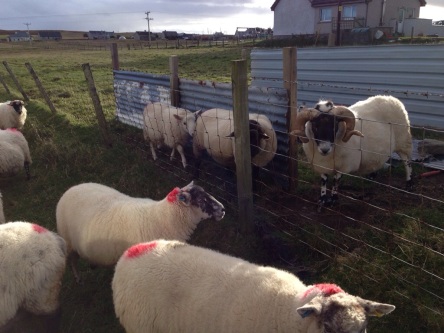