I have moved the sheep still to lamb in front of my house, making it easier to keep an eye on them. On this Sunday afternoon, it came in quite handy.

One of the ewes was obviously in labour. Once the contractions start, the below photo is a typical sign.

I took my ‘proper’ camera out, with the zoom lens, so that I could take a few pictures of the lamb being born.

I approached the sheep to get a closer look at how things were progressing.

You can see the lamb’s head well on the way out here.

I let her settle again, hoping that the lamb would be born, or that I’d be able to catch her. 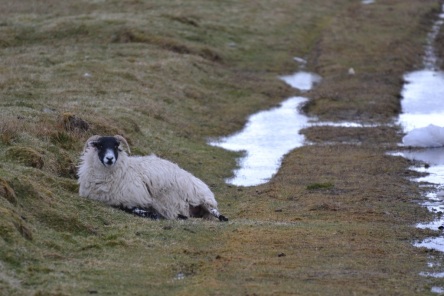 Neither happened. She was a wee bit wild, so I couldn’t get near her while she was lying down, and she didn’t lamb! This is what appeared when she stood up again.

There are a few things that can go wrong so I wanted to catch her and get the lamb out as soon as possible. This wasn’t easy, as the ewe didn’t want me anywhere near her. I managed to get her cornered, though, put her on her back and got the lamb out within 30 seconds. Its front legs were tucked in under its body, instead of being presented under its nose, meaning that things were stuck. It came out quite easily though. 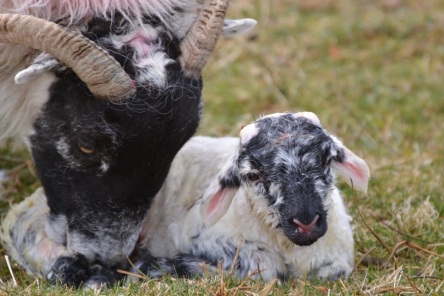 For those of you unfamiliar with lambing, the afterbirth soon follows the lamb. 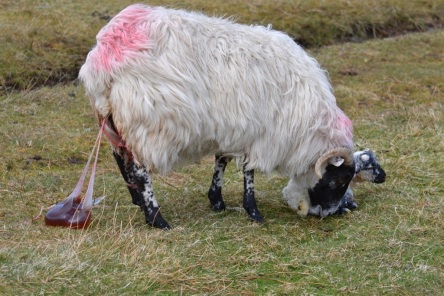 Within 5 minutes, the lamb was on its feet and suckling.