I was talking to someone in Stornoway today and mentioned how there never seem to be any lambing problems during the day, only early morning and late night. Oh how I was mistaken.

Shortly after getting home, I got a slightly panicky call from my father, who was in at the sheep. He doesn’t really panic about much, apart from lambing problems.

A sheep had lambed but wasn’t really taking to her lamb, so he wanted help penning her.

I went in and we got her penned quite easily. 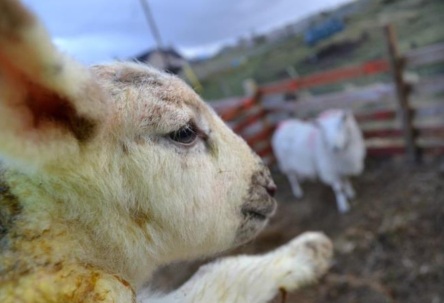 The lamb hadn’t got a drink, so I put his mother on her back and latched on the lamb. 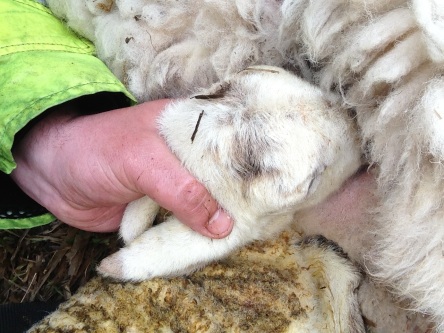 It soon livened up and will be a fine. A nice Cheviot-Suffolk ewe lamb. 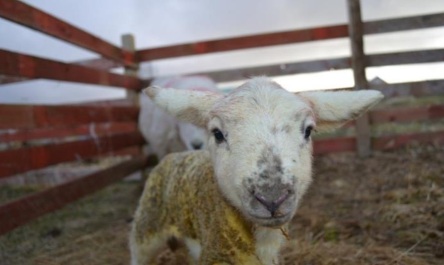 While all this was going on, another sheep was in labour about 20 metres away. She’d been in labour for a wee while, so I grabbed her and had a look. The nose and legs were out but the head was stuck. Out came the legs, shortly followed by the head. A relatively easy birthing, once she got some help. 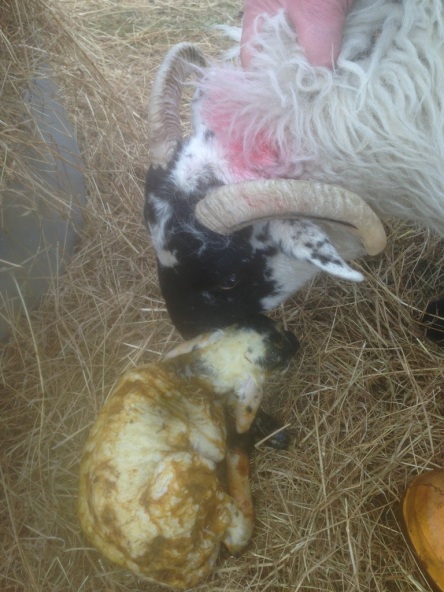 I went back to check the first sheep but about 10 minutes later, the 2nd lamb hadn’t been cleaned and hadn’t got a drink. 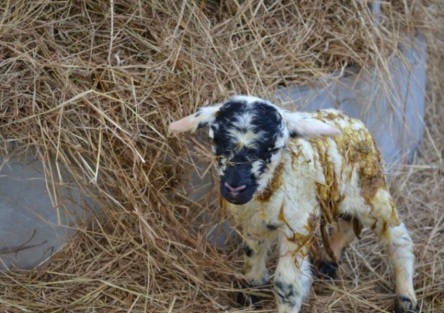 So, into a pen she went, flipped on her back and a second lamb gets a drink. I also dried him off with a towel. He’s fine now too!

While all this was going on, I was hanging about and waiting a wee while, to see if things would rectify themselves. I got a little bored so for my camera out.

This lamb here caught my eye first. The wind has changed direction and is a cold Northerly now, so he took the chance to shelter infront of mum. 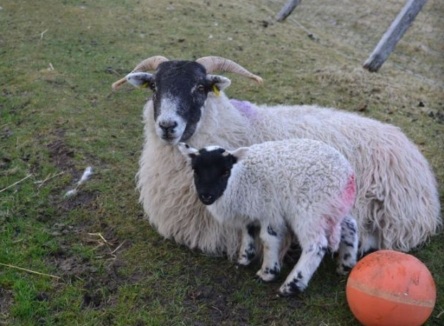 This was the 2nd lamb that was born and he had received a few bottles of milk to help him on his way, as mum didn’t have a lot. I was on the ground taking another photo, when he raced up and started nibbling on my ear!! 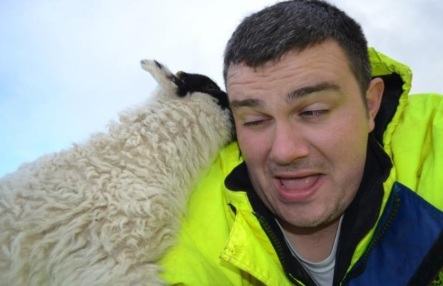 I gave him a bottle of milk later but what was I taking a photo of on the ground? Well, I spotted a wee wooly bum sticking out of an upside down feeding trough. An innovative way of getting out of the wind! 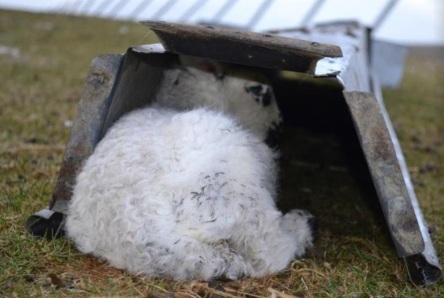 So after all this, I finally had time to have my tea. 10 sheep to lamb, then I can relax!