I’ve had a very productive day, putting together some new pens.

My father has been taking down some old fencing around their house so I decided to put it to good use, in at mine.

We started off with a few fence posts for the pens. 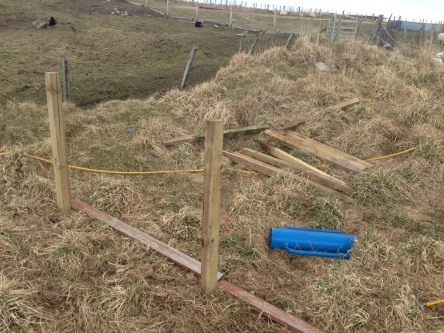 The weather was fantastic today, tshirt weather for when we were working, although it soon got cold when we stopped.

The planks from the fence were around 1.5m in length and there were more than enough to do what I had planned.

This is how we left it at lunchtime 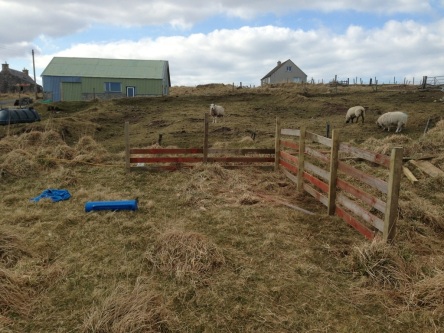 My brother Murdo is home and he helped me today. Couldn’t have done it without him. He point-blank refuses to have his photo taken, so I have to sneak one of him while he’s on the phone!

This is how we left it, as we are short a few planks. The bigger pen is where I plan on putting chicks/pullets when the ones in the incubator have hatched and are old enough to be outside. We put chicken wire round it too. In the meantime, I’m going to use it as a pen for sheep if and when I need it during lambing. There are also 2 smaller pens on the side, for sheep. They’ve only got 3 sides, the opening will be closed with a hurdle. A productive day! 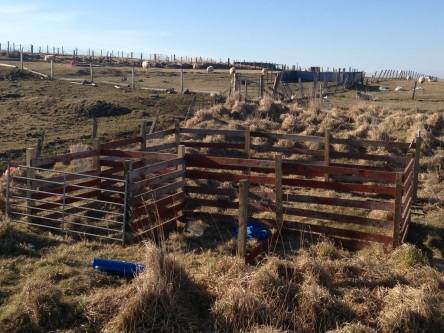