I’ve had a pretty rubbish winter when it comes to the sheep. With the eye problems, a few losses and the wee lamb last week, it’s been one of my worst winters to date, in terms of losses. Off the top of my head, it was 5 losses since October, and I unfortunately had to add two more to te list yesterday.

The lambs had been out in the village park (common grazing) since 24th November (when they were drenched last) and yesterday was due to be a gathering to check on them. 3 of us had lambs in the park so we gathered them, starting at around 10am. 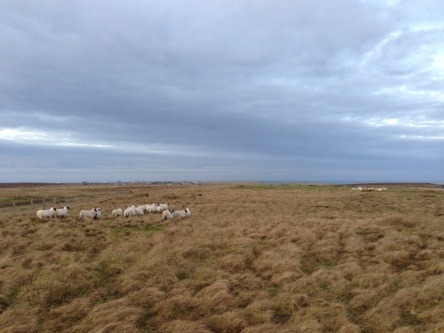 It’s quite a big park and there were only about 40 lambs there but it didn’t take us long to get them into the fank. 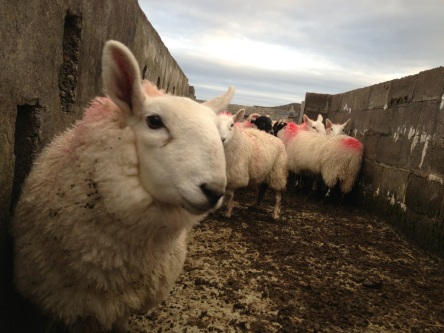 The other guys had come across one of my lambs, dead in the park, while another was missing. I had out out 11, but only 9 returned. To say I was disappointed was an understatement. I had hoped that the problems were over but it seems not to be the case.

An hour or so later, we found the carcass of the other lamb, although there wasn’t much left. One of the other guys had also lost a lamb, with birds having picked clean it’s carcass too. (There are no predators in the islands btw, in case someone things it’s foxes etc)

I put the trailer on the 4×4 and went out into the park to pick them up.

Very frustrating. I have to admit at being extremely grumpy for the rest of the day. You can look at it from a financial point of view, where the lambs equal at least a £50 loss each, but it’s about much more than money!

I took them in to the bottom of the croft to bury them. 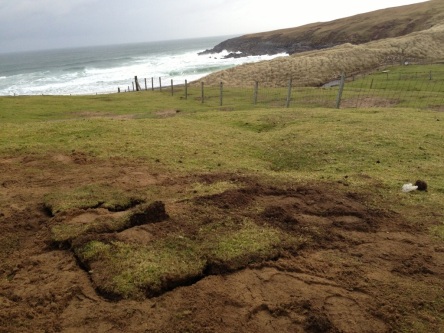 What never ceases to amaze me is how everything fits back in the grave, despite the addition if two carcasses. The burial of fallen stock (dead animals) is not permitted in the UK, although the islands are one of the areas given an exemption due to remoteness.

Anyway, back to the living animals. I had planned on putting the lambs back out to the park, after giving them fluke drench, but I decided it would be better to take them home, where they will be fed and I’ll be able to keep an eye on them.

They were all happy enough to grab a bite to eat – the 9 I took home were joined by the 5 that I kept at home all along.

That wasn’t it for the day though, the ewes had to be tended to as well. They’ve been out in the reseeding for the last fortnight, but it’s now time for them to go out onto the moor.

First of all, they went back to the fank to be drenched. 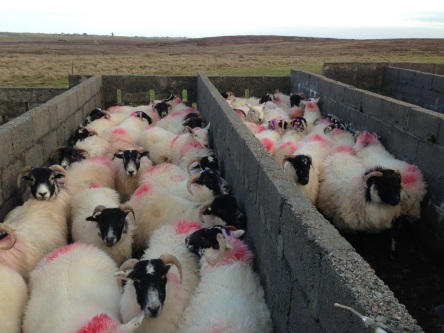 I had to wait while Domhnall “Chops” and my dad discussed some vital matters….

Once all that was done, it was time to move them. The sheep follow me, especially when I have a bag of feeding stuff!

My dad followed behind with my pickup until we reached Gleann Dail (Glen Dell), about a mile out onto the moor. There’s plenty grazing and shelter for the sheep here.

I fed them and will continue to do so sporadically, just to encourage them to stay around that area. They’ll be there until the 5th or 12th of February, which is when they are brought back home for scanning. 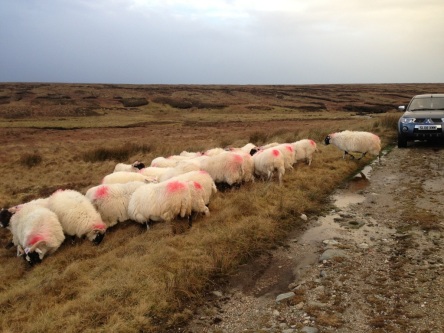 So, not a good day but hopefully that’s the worst of it over. Onwards and upwards to lambing – my favourite time of year!