Saturday is always my busiest day of the week, especially at this time of year when daylight is limited and I don’t have the chance to do anything on the croft during the week.

Saturday is my day for catching up on everything that needs doing. At this time of year, the rams are still with the sheep. I am confident that all the sheep have been ‘serviced’ now and I would prefer it if I had taken the rams away from the sheep, but I just haven’t had the time. I’ll do it either next Saturday or maybe Christmas Day/Boxing Day. I’m looking forward to 10 days off work, I should be able to get a lot done during that time.

Yesterday, I checked all the sheep and moved 2 of the flocks onto fresh grazing.

First were these ladies, they’re on a neighbours croft and I moved them onto fresh grazing on the same croft.

The Big Fellow is with them still. I think he’s lost a wee bit of condition so he’ll get plenty extra feed once he leaves the sheep. 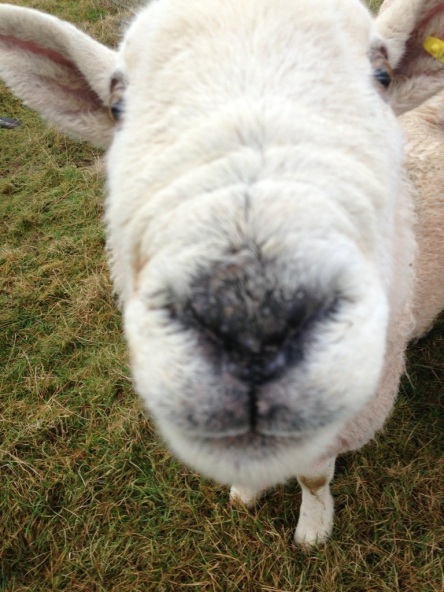 Next up were this flock. They are on another croft in the village that we use.

They had quite a straightforward commute across the road to their new field. Yes the gate needs replacing but it is stockproof!

A quick scan of the other flocks showed no problems and all seems to be good. The eye problem is long gone. Finally. 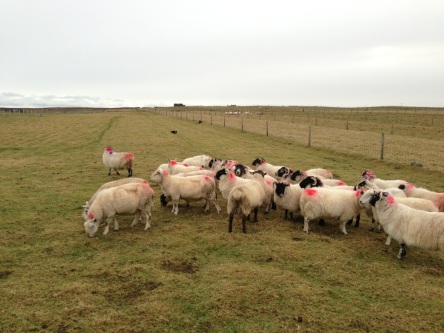 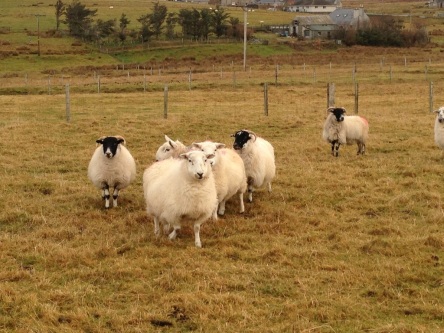 Bud was in with me too, this is his wee party-trick

Last week, he started training on sheep so I wanted to do a wee bit of training this week as well. I have some small lambs at home that I’m feeding and they’re perfect for training Bud. 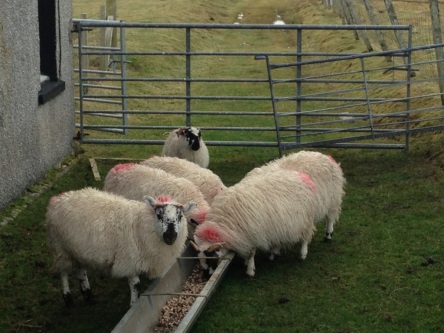 So Bud was introduced to them but things went wrong instantly. Bud went out as he should, hit full speed but then crashed straight into this 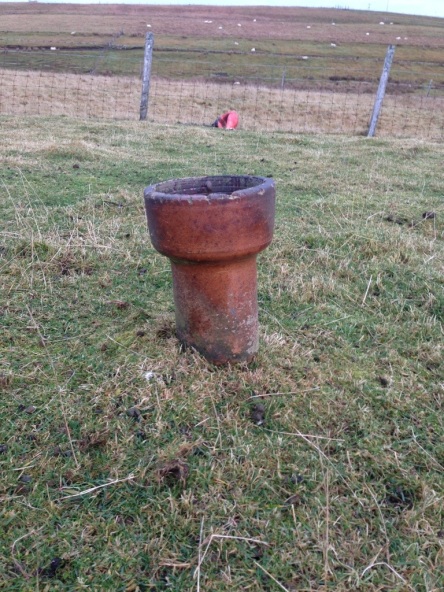 It’s part of the sewerage pipe from the house and Bud ran straight into it, while focussed on the lambs. I thought he’d broken his paw/leg the way he reacted, whimpering and hobbling straight over to me. He was ok after a minute or so but wasn’t keen on working the lambs.

I was a wee bit worried how he would react, as he is a sensitive dog, but we tried again after 3pm and he was ok – although he needed another dog to encourage him once again, so thanks to Kathleen for appearing with Nell. No video this week but I’ll get one again next week.

The chickens also need looking after. Hen houses cleaned (I hate that job) and chooks fed. I have chicks as well and I’ve been looking to offload some of them. 5 of them went to a new home a few weeks ago and another 5 went yesterday. 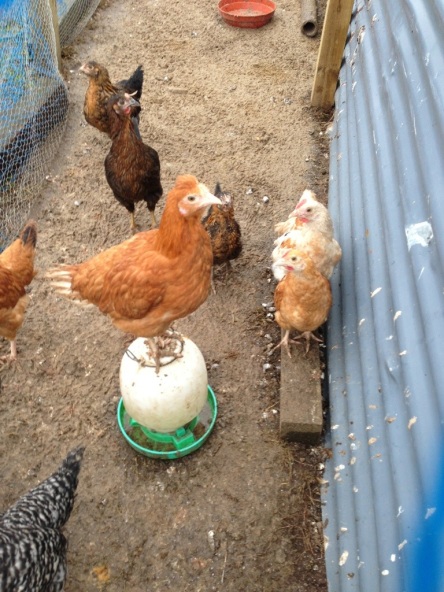 Hamish is an Australian married to a Niseach and has been in Ness for several years now. He came up and took 5 chicks and I left him to go into their run and catch them. 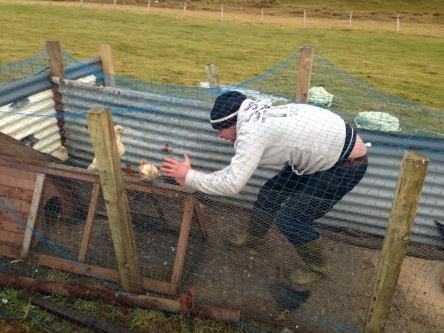 That was about it, apart from the typical boy thing of taking a picture of his car in a new location…. 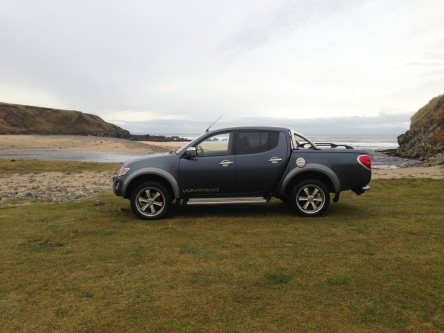 The day finished up (at around 2.30) with me doing a wee freelance piece of filming for the BBC, I’m doing a piece on Am Bathadh Mor – the Great Drowning – when 31 men were lost at sea in December 1862. 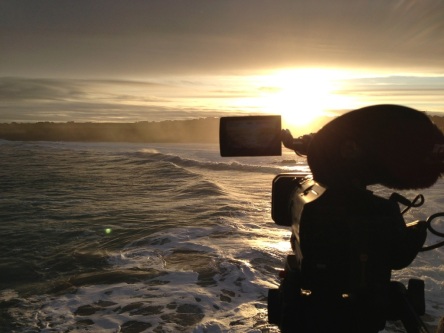