We’ve had a pretty good fortnight in terms of weather. High-pressure has meant clear-skies, beautiful days and crisp, cold days.

That continued today, although not quite as nice as yesterday, so I took advantage and went for a walk to Traigh Chrois (Cross Beach) which is at the bottom of my croft. This screen-grab from Google Earth gives an idea of where it is. The blue dot is my house and the beach is the one directly above it. It’s about 3/4 of a mile away. 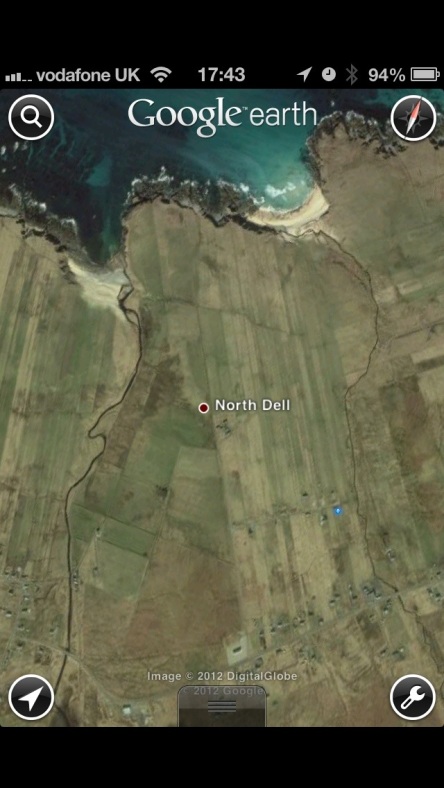 For those unfamiliar with Ness/Lewis, this screen-grab puts it in context to the rest of Scotland. You should see the blue dot in the north-west tip of the island furthest to the north-west.

First I fed the chicks on my way in, they were sat on top of their house, warming themselves in the winter sun.

Bud came with me in the walk, and we were also followed by one of the cats, the one that was posing yesterday, also came along.

I think Bud was a wee bit jealous of the cat, and did a some posing himself, once we got to the beach. 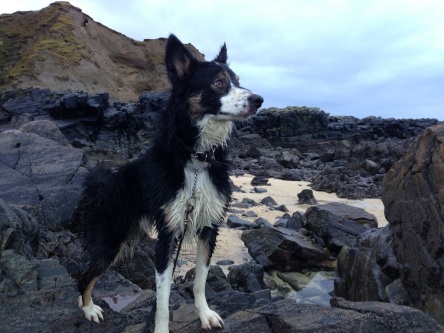 I didn’t have my Nikon camera but I had my iPhone and I had a go at playing about with the panorama setting. This is the beach.

And this is the end of Abhainn Chrois (Cross River), which meets the sea at the beach. This is a place where my brothers and I spent many days playing during the summers. Great memories.

And these are the rocks at one end of the beach

While I was walking among these rocks, I came across this wee rock pool. It had a couple of fish in it but it was the bright colours that caught my eye.

Bud still had enough energy to jump over the fence when we left!

The cat was up to mischief though, he was hunting for rabbits while we were on the beach. I’m not sure how far down the hole he goes, but at one point, I could only see the tip of his tail!

I took a few videos of playing about with Bud and threw them together here, just in case anyone wants to see him in action!

p.s. I have him on a long line in case he decides to do a runner and chase some sheep when I don’t want him to!