I posted earlier about the first half of my Saturday – the second half was even busier! I am absolutely shattered now but agreed to be bingo caller in the Social Club tonight so no chance to relax.

First up in the afternoon was taking some of the lambs out to the village park. Each crofting village has common grazing, communal area for animals. Most villages have an area on the moor, while some in Ness also have a machair area. Our village has machair land but no common grazing, so out to the moor side for them.

Between lambs I kept and bought, there are 17. 10 or 11 of these will be breeding stock, while the rest are for the freezer. I kept one as a ram lamb but already sold him.

Of the 17, I put 11 out to the park. The other 6 are the small ones that are freezer-bound this time next year. They are very small though and I’m not sure they’d survive the winter out in the park so they get to stay closer to home and get some extra feed.

Here are some of the lambs that went out. 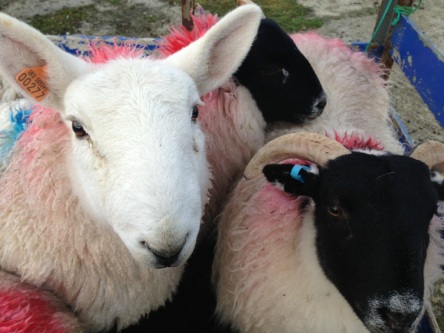 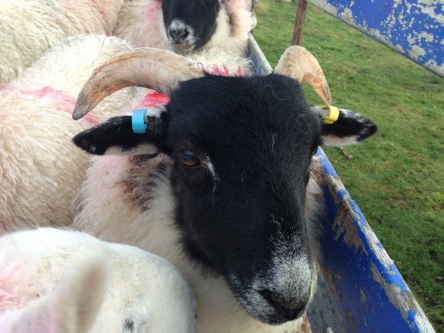 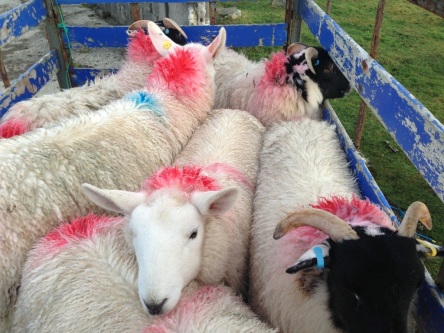 And here they are coming out of the trailer at the fank and heading out into the park.

The lambs staying at home have been started on feed as of today. They are penned beside my house for the night, with feed in the trough. I’ll feed them again in the morning and them out. Hopefully, they’ll get used to it quite quickly. This will be handy for when the other 11 come home too, as they should follow these ones to the trough.

I then did some power washing around the house, and cleaned the hen houses with the power washer too. I really need to get my finger out and get a bigger hen house built. Fed up of 2/3 smaller ones that aren’t sturdy enough! One of them had the hatch for the neat box blown off in Thursday’s gale (was around 84mph in Ness), so I had to fix that as well!

Think that was it for the day, just had to move the pigs back up to their original pen (and bed) and take enough peats in for the weekend. I’m fit to drop!