This week, the Guga Hunters returned from Sulasgeir. If you don’t know what the Guga is, have a look at this short video, trailing a documentary that was broadcast in 2011. They had been out on Sulasgeir for around two weeks, returning at 2am on Friday 31st August. I was part of the 20-30 people on the pier awaiting their arrival

The Heather Isle, a Ness-owned fishing boat returned with them, and they were ferried ashore in this small boat.

Strangely enough, the first thing they saw was the Minke Whale that had been washed on the beach on Monday, but had been towed out and tied to the breakwater so that a boat could tow it out to sea the next day – probably one of the stranger sights to have greeted the Hunters on their return!

Despite a rogue wave or two, everyone got ashore safely and mingled with friends and family that they hadn’t seen for the past fortnight.

On Friday, I collected the 5 Gugas that I have on order with Finlay Burns from Port and on Saturday, I got cracking with quartering the Guga and vacuum-packing them for the freezer. 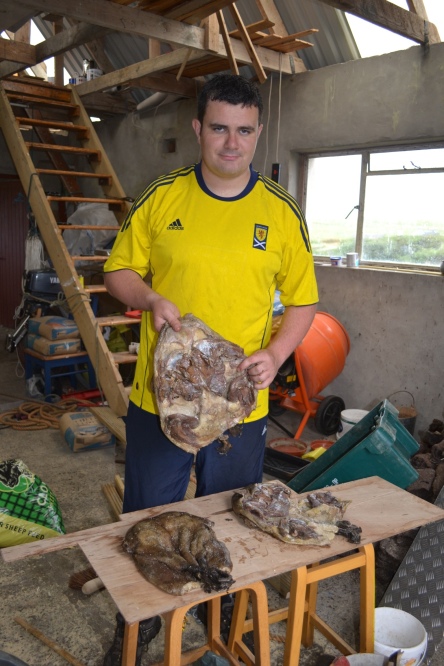 You can see how the Guga is quartered, 2 at the bottom and 2 more at the top. 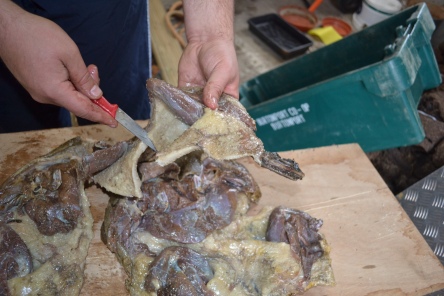 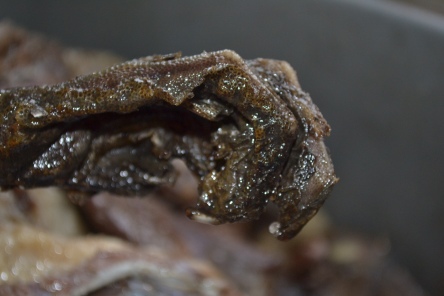 Close-up of a claw. 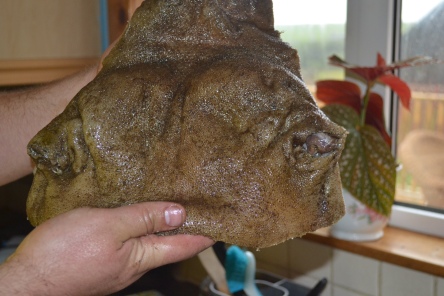 I took Guga into my parents’ house to get them all vacuum packed.

So after all that, it was time to eat the sacred bird! 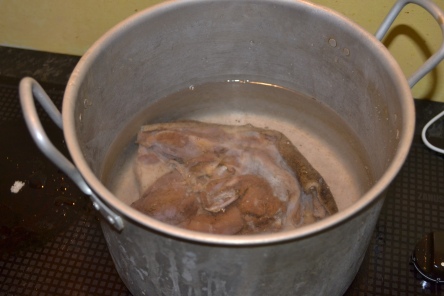 Thats it before cooking

And this is it after boiling for half an hour. You need to change the water a this point, and boil for another half hour

Then it’s ready to eat! (i quite like how you can see the feather stubs sticking out of the skin). Pinch of meat, pinch of skin and a pinch of potatoe, all washed down with milk. Fantastic.

And here is the end result! 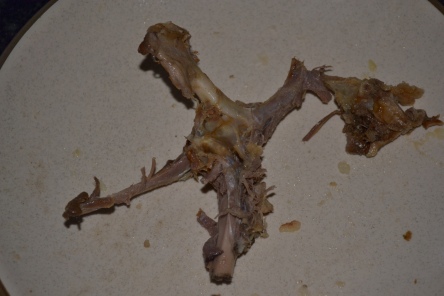