The latest batch of Gloucester Old Spot pigs arrived in mid-June of this year and have come along quite nicely. They should be ready for slaughter by the end of October. We usually have them on my croft but it was decided to have them on someone else’s croft this year, so that meant a new pen. Unfortunately, this pen hasn’t proven as stock-proof as mine! (mine was the same at first, pigs are intelligent and always find ways of breaking out). 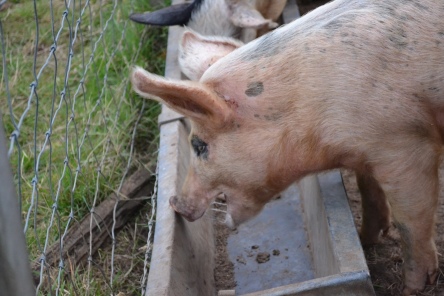 They’re inquisitive animals but they settle down once they get some food.

They’ve been getting out quite a lot recently. Below is a picture of them coming back when I called them, they were out at Cross School, which is over half a mile away from where they should have been! 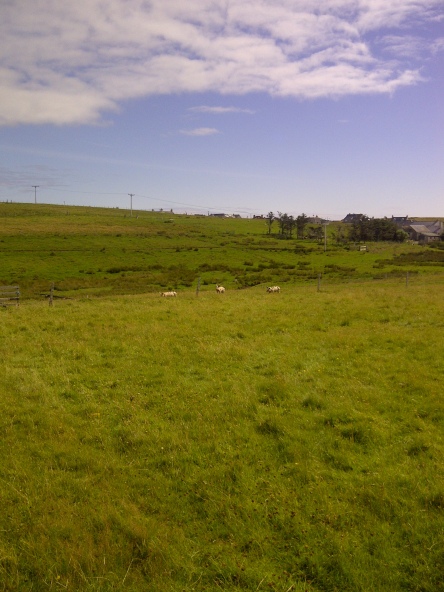 So we’ve been trying to patch up the bottom of the fence to keep them in.

This seems to have done the trick. The pigs stick their snouts under the fence, lift it up slightly and make their break for freedom! Barbed wire is usually a deterrent around the bottom but hasn’t been as successful this year.

The pigs themselves really churn up the ground, as can be seen here 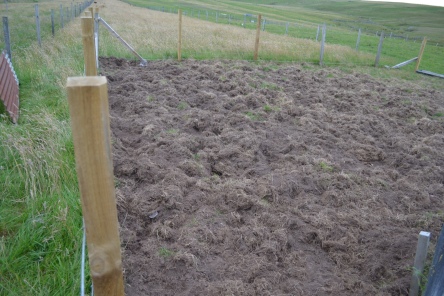 So hopefully the drama of the escaping pigs is over and we can concentrate on making sausages!